Mirror Neurons- They Could Fast Track Your Success!

27 May 2021
MIRROR NEURONS- THEY COULD HELP YOU FAST TRACK SUCCESS!
Have you ever wanted a quick fix in taking your performance to the next level? Well, there might be a way of achieving this, and it could be a lot easier to access than you ever thought!
Over the past few decades, we have learnt more about how an athletes brain learns to do things by scanning them using a fMRI (functional magnetic resonance imaging) machine. A fMRI scanner can measure the flowing blood to different areas of the brain in close to real time.
When an athlete uses a particular part of the brain, the neurons in that area create oxygenated blood that has different magnetic properties to deoxygenated blood that a fMRI machine can detect. Therefore, by putting people in a fMRI machine while completing a mental task, we can detect what area of the brain is being used to complete that task.
There are cells in the brain called Mirror Neurons which were first discovered by chance in the early 1990's by Italian researchers who observed that the same cells would fire in a monkeys brain when it picked up food as when it saw a human picking up food. The same pattern has been seen in humans, with the same cells firing when they perform a task or see someone else perform the same task.
About 20% of the neurons in the motor cortex, which is the area in the brain that controls movement have this property, and together they have become known as the mirror system.
Why is this important? Well, the same part of your brain will fire when watching someone else perform a task as if you were performing the task yourself! So watching Tiger Woods roll in a 20ft putt to win a tournament 1000 times in a 7 day period is a lot more efficient than waiting for you to have that exact putt to win a tournament 1000 times. So watching an athlete perform a task or a variety of tasks that you want to perform in future competitive situations will help your neural networks fast-track the belief that you can (Or Have) achieve this quality performance in the future.
A few years ago, I got to see the impact of Mirror Neurons in what I would call one of the most impressive golfing performances I have ever seen. My wife, Jackie and I had just won the Victorian Mazda 4 Ball qualifier with a 4 Ball score of 50 points, where we teamed up fantastically to win the event by 3 points. The weekend after the victory, we were getting ready to play our regular Saturday Comp at Settlers Run. We were sitting down eating some breakfast when Jackie decided to watch the women's LPGA Event on Foxtel, where she soon became fixated watching Anna Norquist. She was mesmerised by the rhythm and beauty of Anna's swing, sitting there replying one of Anna's shots over and over again. I would guesstimate Jackie watched this one swing 20 times, before making a couple of announcements. The first announcement was that she was going to swing like Anna that day and the second was that she was also going to have 50 Stableford points on her own today! A few hours passed before we made our way to the 1st tee, by this stage completely forgetting about her rather large statements, but very quickly I realised today was going to be a very different day of golf for Jackie. Her drive on the 1st hole was executed with a rhythm, calmness and balance that I had rarely seen in her game, producing a strong high ball flight that finished straight down the middle. Well, for the next 4 hours I witnessed one of the most impressive golf performances I have ever seen! For over 4 hours, Jackie not only performed above her previous best, but she also spent 4 hours executing shots that were in her Top 1-5% of golf shots. Playing with a Handicap of 18 that day, Jackie signed for a score of 50 Stableford Points and a stroke score of 4 over Par.
When we finished I asked her what was her thought process was during that round, her reply was "I just asked myself before every shot if I was Anna Norquist, how would I look hitting this shot? Then I replayed in my mind the swing I watched at home and tried to recreate that swing"!
So the next time you are going out for a round of golf, try spending 15mins watching someone hit shots that have characteristics in their game that you would like to replicate or watch someone hole a beautiful 20ft putt over and over again before you get to the 1st tee. Tap into your Mirror Neuron network, and you might also play the round of your life! 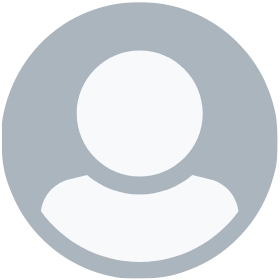